A group of engineers and aerospace engineering technicians from Integrated Test & Measurement just returned after an unforgettable experience in Cape Canaveral.

ITM’s team was there to assist an aerospace engineering partner with on-site strain gauging. The challenge was to assist in validating rocket components ahead of an upcoming launch, which required completing a massive strain gauge instrumentation project.

The team’s work was delayed due to Hurricane Nicole, so they waited out the storm just blocks from the beach, said Ryan “RJ” Matthews, ITM engineer. As powerful as it was seeing a storm with wind speeds exceeding 130 mph, the hurricane was still a distant second in the most memorable department to their up-close view of NASA’s Artemis I mission rocket launch.

Matthews said the team took a break from strain gauging a rocket booster, an intense project that required a significant amount of cable routing, to observe the launch from just a few miles away.

To accommodate their partner, ITM’s crew worked eight 12-hour shifts from 5 p.m. to 5 a.m., so perfect timing to watch NASA take a first step toward blazing a path back to the Moon in the early hours of Nov. 16.

About 45 minutes after the anticipated launch time, fireball from the SLS Rocket lit up the night sky.

“It was incredible,” said Matthews, who witnessed the launch from a balcony. “It was super bright — kind of like a 1-minute sunrise. About 40 seconds later, it started rattling the building.”

Contact us for more information about our aerospace, strain gauging and testing services. 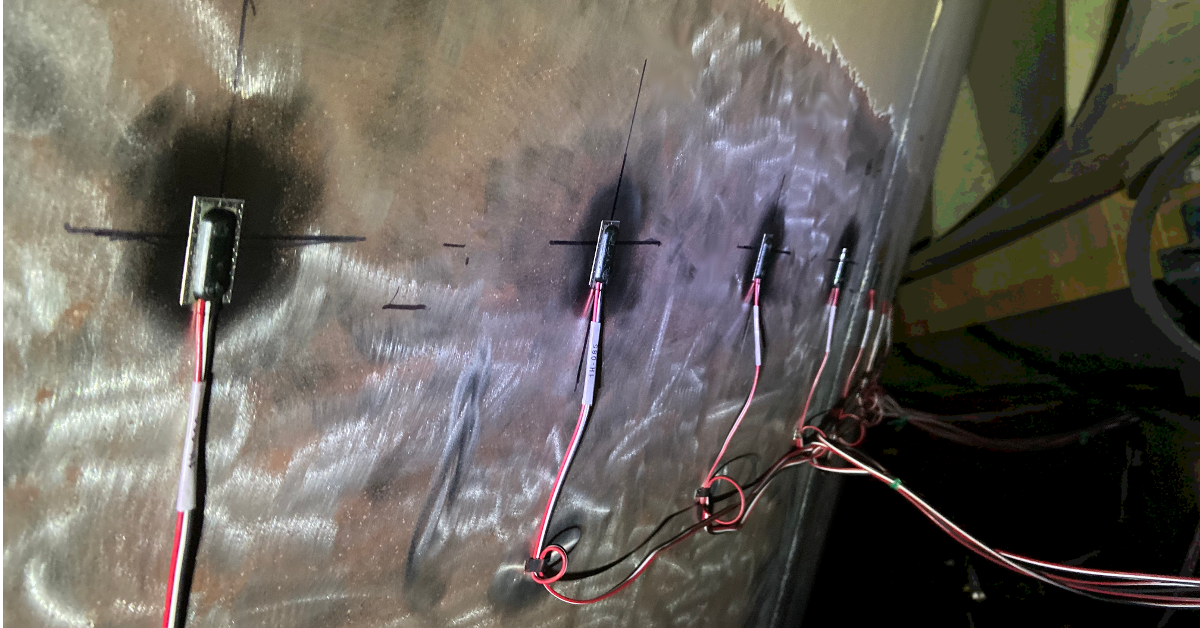 When it comes to measuring structural stresses and load, every application is unique, and sometimes that means using a different solution.  In some cases where strain gauges are applied, it can be advantageous or even necessary to use weldable strain gauges instead of chemical bonding the strain gauges to the specimen.

Since many epoxies used to chemically bond strain gauges require specific heat and pressure for curing, it can be difficult or even impossible to use this method on large or irregular structures.  Weldable strain gauges offer an advantage in this situation as they eliminate the need to clamp and cure any epoxies for bonding. In addition, weldable gauges can be installed in a variety of environments and weather conditions which offers additional advantages over traditionally bonded strain gauges. Although weldable strain gauges are applied differently, they function in much the same way as their bondable counterparts.

To properly install a weldable strain gauge, you will need:

Always remember to have the proper safety equipment on hand, such as eye protection and gloves, as well as any PPE required by your environment.

When installing a weldable strain gauge, you must first prep the area. Unlike bondable gauges, the area does not need to be polished to a fine degree.  Simply degrease the gauge area, sand down any paint, coatings or excess debris and ensuring the area is purely metallic and free of chemicals is enough.  A clean metal surface is important to the welding process.

After the part has been cleaned, you can position the gauge.  Most weldable gauges come marked so you can align the grid properly.  When the gauge is properly aligned, spot weld the gauge on either side of the gauge along the centerlines, to hold it firmly in position and prevent shifting as the gauge is welded further.  Once secure, the gauge should be welded all around the carrier surface, as illustrated below.

For questions about using the Rosette Analysis tool or other iTestSystem analysis tools contact Chase Petzinger.

Our engineers and technicians have epoxied, soldered and spot welded strain gauges for applications ranging from high temperature exhaust systems to miniature load cell measurements. Every application requires a unique understanding of the strain measurement requirements including installation environment.

If the strain gauge installation is to survive in the field you must plan for the conditions it will undergo. Three important variables that you should account for are temperature range, liquid exposure, and potential impact forces. These variables determine the type of strain gauge, epoxy, solder, wiring, coating, and impact/wear protection to use in the application. The table below shows which variables affect your installation choices. 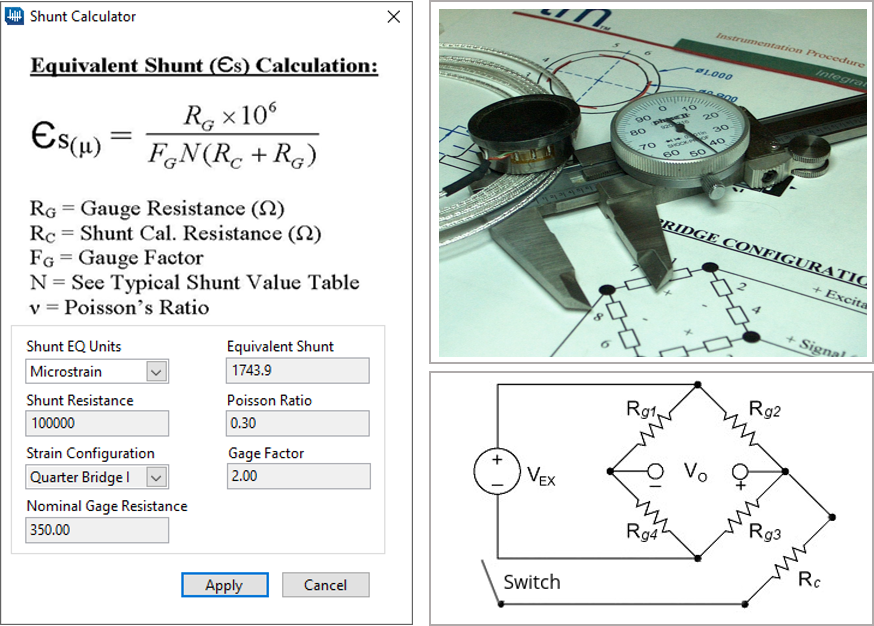 iTestSystem takes advantage of the shunt calibration circuits included in the National Instruments (NI) cDAQ strain modules.  The NI-9235, NI-9236, and NI-9237 strain modules contain an internal shunt resistor that when switched on “shunts” across one leg of the strain circuit’s wheatstone bridge.  When active, the shunt resistor offsets the strain measurement by a constant strain which is calculated using the equivalent shunt calculation.  The equivalent strain/shunt value is dependent on the strain gauge configuration, gauge resistance, shunt resistance, gauge factor, and material properties.

In the latest version of iTestSystem, we added a built-in strain gauge shunt equivalent calculator that can be accessed from the strain configuration page.  This calculator has allowed us to speed up the calibration process and eliminate hand calculation errors.

For a free trial of iTestSystem and the equivalent shunt calculation tool, contact chase.petzinger@itestsystem.com. 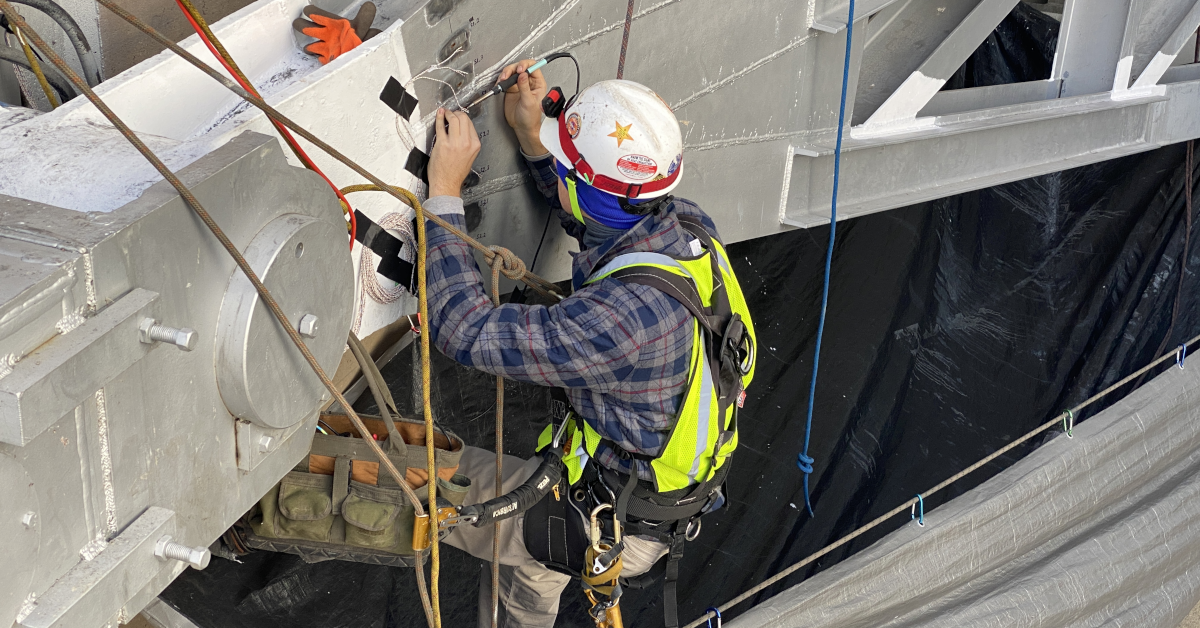 For more information about these applications and our strain gauging services, contact Ryan Welker via email ryan.welker@itestsystem.com or phone: (844) 837-8797 x702 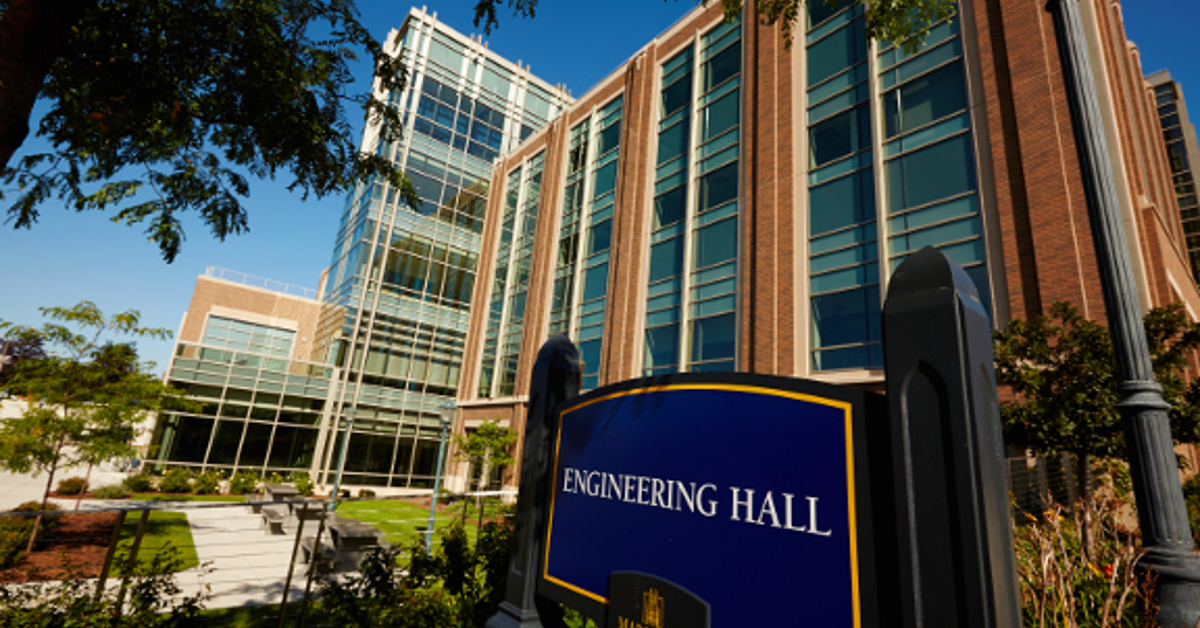 MILFORD, OH– Integrated Test & Measurement (ITM) announces a “Smart Building” program in partnership with Marquette University. This unique initiative allows next generation structural engineers to perform large-scale experiments and obtain real-time results using data collected on the very building in which they are learning. ITM was selected to provide the technology and services for the program.

The system is powered by ITM’s configurable iTestSystem software platform. The software allows users to organize, acquire and view important engineering data using National Instruments (NI) hardware. Using iTestSystem, a building monitoring system was created to collect data from a weather station together with more than 120 strain gauge sensors installed along beams, braces and columns inside the Engineering Hall at Marquette University.

The system not only measures wind speed on the five story structure; it can actually “feel” the wind load during gusts and record its impact on the facility. Data is broadcast in real time to anyone plugged into the servers through their mobile device. Observing the data allows students to understand how a building’s systems “share lateral load” during wind events. In addition, instruments along support beams in the Engineering Materials and Structural Testing lab allow students to analyze moving loads as the crane moves around the bay. At the same time floor sensors measure the impact of people moving through the building. This information will impact future building design and potential building code modifications. 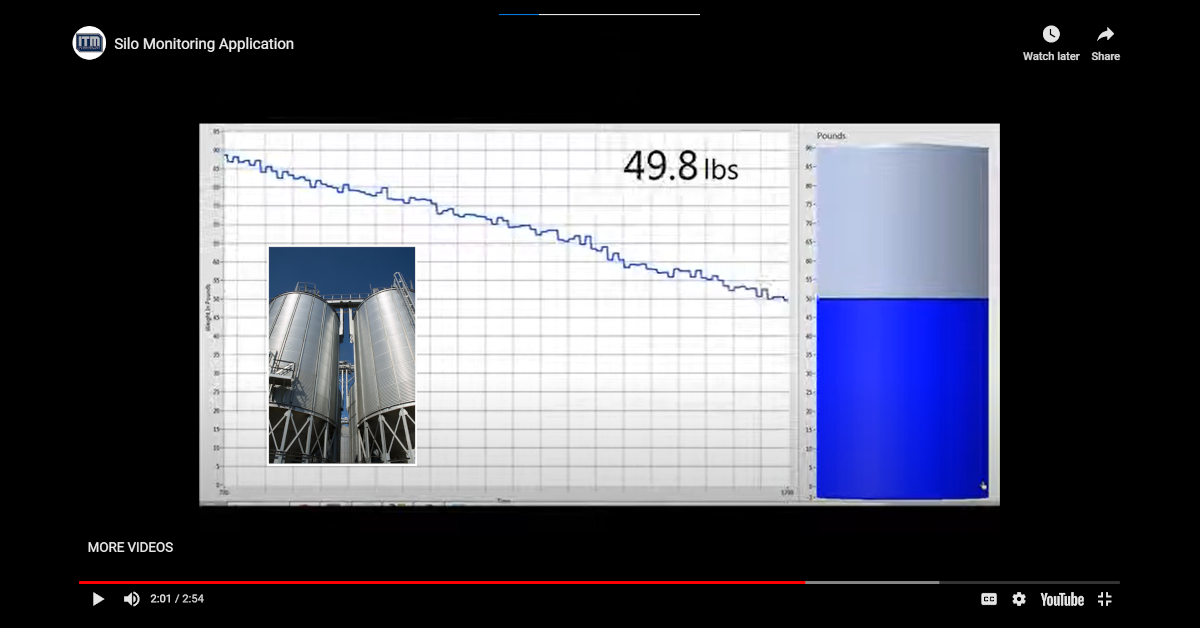 Keeping up with more than a million pounds of plastic pellets a year would seem a near impossible task.

But at ITM, we’ve developed a wireless strain based monitoring solution to help manufacturers — particularly those in the injection mold business — easily alter existing storage silos to keep a more accurate eye on the levels of dry goods contained in them.

Industry partners report the difficulty of keeping exact measurements of the amount of ever-changing raw materials they have stored in on-site silos. With our solution, however, we’ve removed the guesswork with a system that won’t require manufacturers to go through costly structural modifications.

As we demonstrate in this video, we are able to build a measurement system that will report silo levels by using strain gauge sensors, a wireless signal transmitter and a remote signal receiver. Notice in the lab test, as the valve is opened and the water begins to drain, the signals on the user interface respond accordingly as the values decrease. Though a seemingly simple test, I’m convinced the results hold important real-world implications.

Similarly, we think manufacturers will value being able to monitor multiple silos from a single customized interface and ultimately maintain efficiencies and keep their production lines humming.